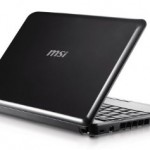 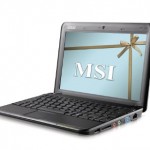 So far, the only drawback is the atrocious Sentelic touchpad: it doesn’t support scrolling, like the Synaptics ones, since Synaptics has that patented. Bugger… And the workaround, installing mouseemu, made the touchpad a bit more useful (middle-click emulation via left-click and key pressed, scrolling while holding down a key and moving across touchpad – veeery slow moving), but still not as good as the Synaptics one.

Anyhow, knowing that this is not a very beefy machine – running only a single core Atom processor – I installed Xubuntu 9.04 on it, with the new Xfce 4.6. What a disappointment! Xfce felt really sluggish and I had some serious problems with my wireless (not all due to Xfce, as it turned out later on). An identical VPN setup, working fine on Ubuntu 8.10, didn’t work on Xubuntu 9.04. Just didn’t want to connect. I also couldn’t connect to WPA/WPA2 Personal protected networks. In the end, I decided to install the Gnome desktop and remove Xfce (sudo apt-get install ubuntu-desktop and sudo apt-get remove xubuntu-desktop). Though Gnome is supposedly a lot larger and people always say that it is bloated, it was way quicker and reacting snappier than the so-called lightweight Xfce ever was. Hmm… Maybe it was due to some built-in effects in Xfce that the whole handling got so slow. Gnome was only unbearably slow, with a high CPU load, when compiz effects were turned on.

After the Gnome desktop was up and running, I could successfully setup a VPN. Not a 100% sure, but it looked to me that Xfce didn’t access the keyring information stored by the network manager somehow and therefore didn’t get any credentials to successfully open a VPN connection. But there was still the problem with the WPA/WPA2 networks. Still no chance of connecting to those. After a lot of fiddling around with my access point, I decided to update the wireless drivers (Ralink RT2860), based on a post in the Ubuntu forums:

And guess what? It worked! I could finally connect to the WPA/WPA2 Personal encrypted network. Yay! 🙂

A few other useful modifications:

Now I’ve got a nice little machine, perfect for being on the road, giving presentations, etc.